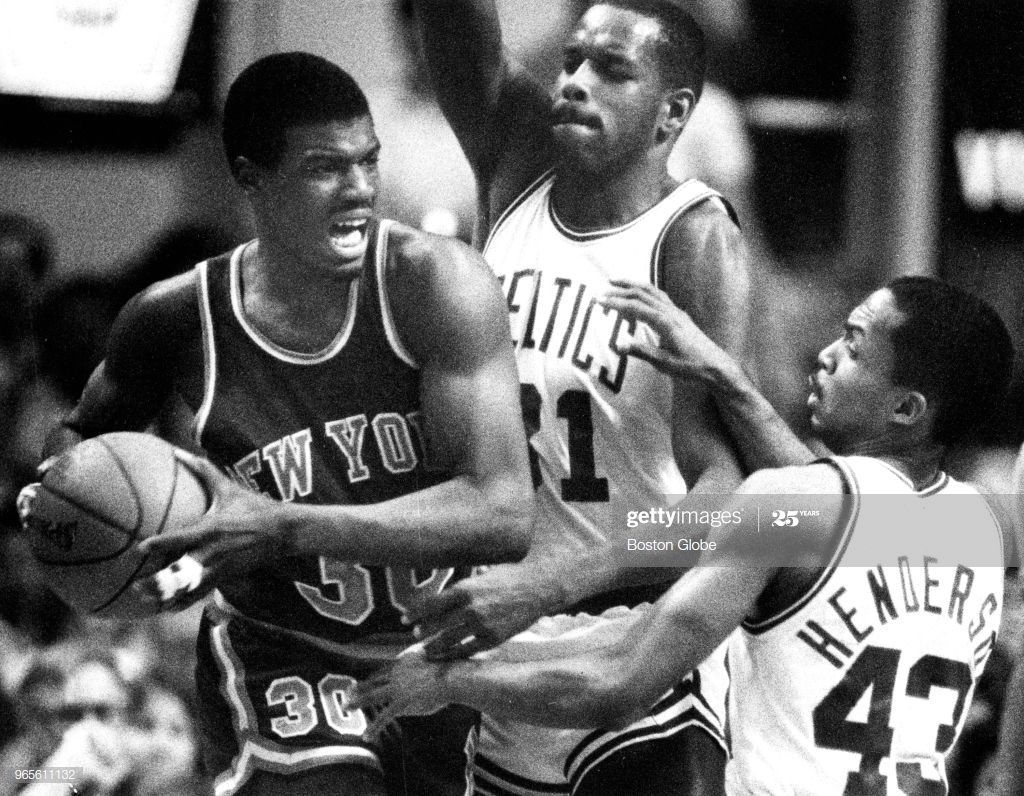 BOSTON, MA – MAY 9: New York Knicks’ Bernard King is guarded by the Celtics’ Cedric Maxwell, center, and Gerald Henderson, right, during Game Five of the second round of the 1984 NBA playoffs between the Boston Celtics and the New York Knicks at the Boston Garden on May 9, 1984. (Photo by John Tlumacki/The Boston Globe via Getty Images)